Atlanta, I Love You 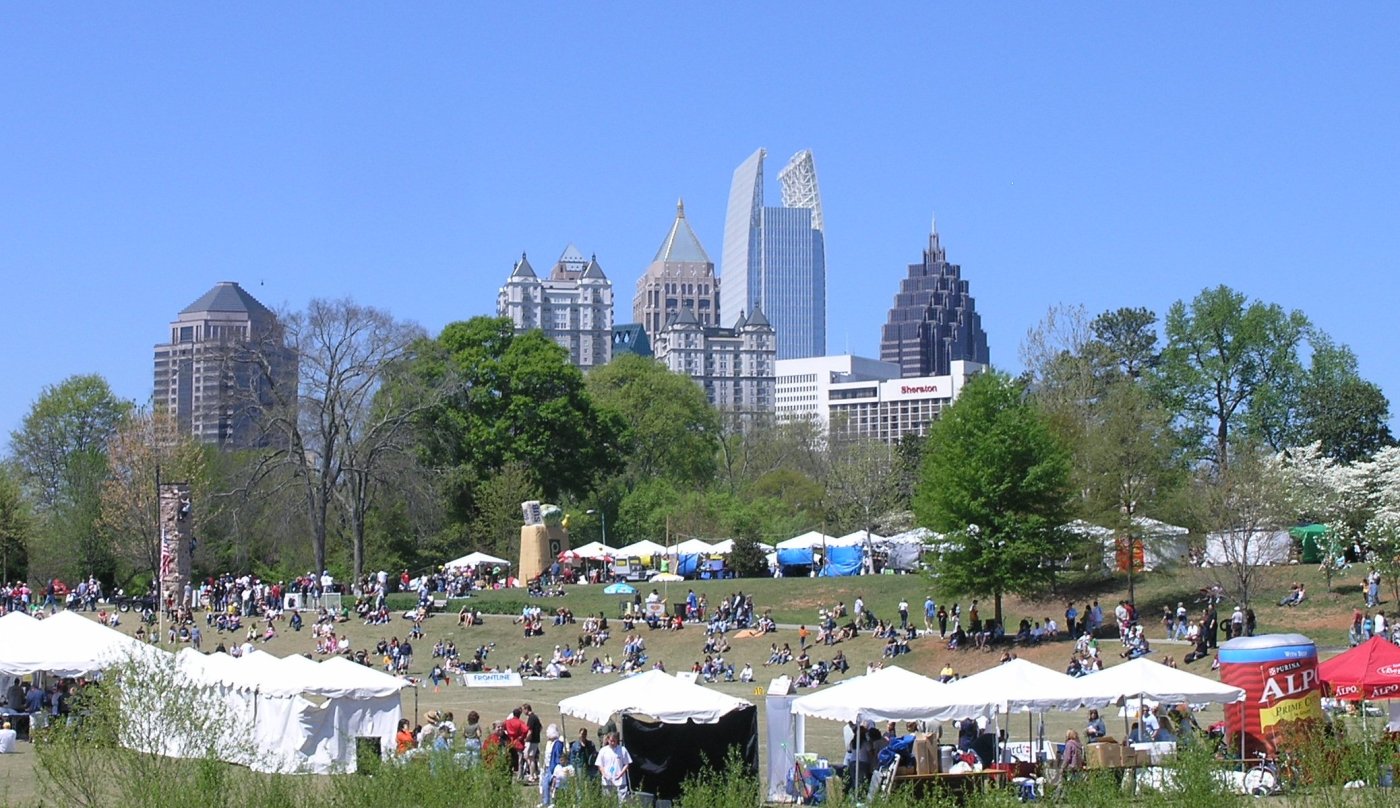 So, I was on our church-wide retreat this past weekend up in the mountains of North Georgia, and our speaker for the weekend, Terry Gyger, gave me some very interesting food for thought.  More to come on some of that, but one thing I wanted to post about is the city of Atlanta, the city where I live now, the city where I grew up.

Terry urged us to consider how incredibly influential the center of any large city is – and how frequently the evangelical Church stays far far away from it.  Part of the key, he suggested, is to love the city you live in.

I live right on the border of Buckhead and Midtown.  I can go out of my house, and feel like I’m in the quietness of the suburbs, but go the .1 mile to the end of my street and see part of the Atlanta skyline.  Within a mile of me, there are [at least] three grocery stores, a Target (which I love a little too much), a Wal-Mart, Atlantic Station, and above all, Cafe Intermezzo, my most favorite restaurant in the entire city.  When I moved to Nashville to go to college, I missed Atlanta… primarily because of Cafe Intermezzo.  I’ve been all over the world, and nobody has hot chocolate as good as theirs.  Mmmm…

The word on the street is that Elton John and Usher both live here, and that Atlanta is quickly becoming the new Hollywood in terms of the number of movies being made here.  There are festivals galore, like the Dogwood Festival pictured above. The Amtrak station that I pass multiple times a week reminds me that Atlanta is a place of people coming and going.  Movers and shakers, wanderers and drifters.

See, the thing is, I love Atlanta.  Every city has its own culture.  I’ve spent a summer in New York, a year in a huge city in China that nobody in America had ever heard of, and a couple of summers in Sarajevo, Bosnia.  Enough time in Miami, Paris, Beijing, Bangkok, and LA to feel the culture.

But no place feels like Atlanta.  Southern charm meets … well, the rest of the world. Huge international corporations and research institutions bring people here from around the globe.  The Center for Disease Control sends people all over the world as they work on finding cures for various global diseases.  Metro Atlanta’s township of Clarkston touts having “the most diverse square mile in America” as refugees resettle there.

Whenever I leave the city for an extended period of time, I find myself singing Alison Krauss’ delightful song on my way home:  “Oh, Atlanta!  I hear you callin’!  I’m comin’ home to you one fine day.”

I have only just barely touched on all the things I love about Atlanta (did I mention beautiful old churches, Piedmont Park, Eddie’s Attic, Braves games, or the dancing fountains at Centennial Park??), and yet, Atlanta is not my home.  No matter how much I love this city, I’m never quite comfortable here.

I think the main reason is because Heaven is actually my home.  Not the sparkly, live-on-clouds-and-play-the-harp idea of heaven, which I think is a rather boring and certainly made up version of what the real Heaven is, but Heaven, where I get to see the One who knows me best face to face.  I’m not sure I’ll be entirely comfortable there either, but hey, with the promise of no more tears or wars or sin, it will definitely be better than this world.

SO… with as much as I love Atlanta, and as much as I’m looking forward to Heaven (when I sit down to actually think about it), why would I not want to be a part of a church that loves this city as much as I do?  Why would I not want to introduce this beautiful, influential, sometimes seedy, always busy city – the people of this city – to Jesus, the One who offers to give them rest and to make them whole and to fill the void of their often shallow lives with “rivers of living water,” as Jesus put it?

I want to be a part of a church that believes and prays towards seeing GOD – the One who can bring redemption to corrupt school systems and restoration to corrupt city governments – do amazing things in this city.  I want to see Jesus – who can bring physical, emotional, and spiritual healing to a place already full of Southern grace and charm – I want to see Jesus high and lifted up here, instead of the almighty dollar.

Thanks, Terry, for the exhortation to love our city, serve our city, and speak the Gospel of Truth, Love, and Grace to our city.  You have given us much to think about.

3 thoughts on “Atlanta, I Love You”