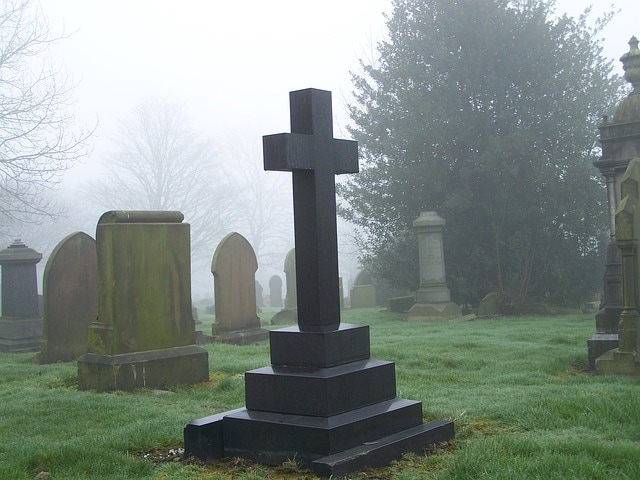 I like to think of Memorial Day weekend as a celebration weekend. A school’s out, summer’s started weekend. Cookouts, lake or pool time, a day off of work. It kicks off the slower, more laid-back days of summer, that glorious time of year when I’m not constantly shivering and my curly hair is slightly more unruly from the humidity, but I don’t even care.

But kicking off summer is not what Memorial Day is actually about. It’s about death. Technically, it’s about soldiers who have died to keep us Americans free – a Christ-like death if I ever heard of one. However, this week I have two funerals to attend, and I went to another one about 6 weeks ago. I am reminded that memorials in general exist because of death.

Death is really, really horrible. For those of us left behind, it is a severing that is somehow always jagged. It’s a wound that, though time will eventually dull the constant sharpness of the pain, will never fully heal. It is agonizing, excruciating, and leaves us feeling raw and unprotected. When someone we love dies, a part of us dies as well. We hate death for good reasons. And yet it is an inevitable part of this life.

Would it surprise you to know that Jesus also really hates death?

John 11 is one of my favorite stories in the Gospels. But before it gets good, it gets really, really painful.

It starts off with love. One of Jesus’ dear friends was sick. His sisters sent word to Jesus, who was in another part of the country at the time: “Lord, one whom you love is sick.” The guy recording this story, John, goes on to say that Jesus loved these sisters, Mary and Martha, and their brother, Lazarus. And they clearly knew that he loved all of them.

The illness was brutal, and Lazarus died within days of getting sick. When Jesus finally showed up on the scene, Lazarus had not only breathed his last breath, but he’d been buried for several days already. His sisters were grieving, each in their own way.

Martha came to him with sadness and theological hope that maybe, just maybe, Jesus could still bring Lazarus back to life. Isn’t that what we all long for when we lose someone we love?

Most English translations use the word “weeping,” but in my mind weeping is something genteel, a few tears escaping and silently sliding down cheeks. “Weeping” is not the story that John tells. The culture and context of death here is far more violently emotional. Sobbing, the kind of crying that seems to come from your very gut and cannot be controlled or contained, is the mourners’ natural response to death.

Seeing their grief, even knowing what he was about to do, Jesus was angry. The words often translated “deeply moved in spirit” are far too tame for the actual Greek word. He is bristling, visibly agitated. “Stirred inside” would be more accurate than “deeply troubled.”

And yet, he is surely not bristling at the mourners; instead, he joins them in their grief. “Jesus burst into tears” would be a more accurate translation of the Greek word than “Jesus wept.” His fury and indignation at death are palpable.

After expressing his grief and anger, Jesus goes head-to-head with the very worst part of the curse: death. Why? Because he hates it. He did not create the world to include death. It is not the way things were meant to be. When he walked on this earth, whenever he encountered death, he did something about it. (The only son of a widow in Nain, Jairus’ daughter) He does something about it here, too.

And Lazarus emerges from the cave-tomb, his hands, feet, and face wrapped like a mummy. Jesus says, “Unbind him, and let him go.” In essence, “remove those chains of death!!”

He gives Lazarus’ sisters a foretaste of defeating death as he brings Lazarus back to life with just three words. But Lazarus will die again one day.

When Jesus himself goes head-to-head with death on the cross, he defeats death for all time. He doesn’t die again. His resurrection is a real thing. He is “the firstborn from among the dead,” and having defeated death once and for all, he goes before us to prepare a place with him for all eternity. When we ourselves die, it will be a glorious release and reunion if we belong to him.

But until then, death is the Great Separator.

If only we were in the new heavens and new earth, where God himself will wipe away every tear from our eyes, and death shall be no more, or mourning, or crying, or pain. It is hard to read the story of Lazarus when we are grieving, because we want him to do the same for us! Give us our loved ones back! Our stories of loss do not feel triumphant!

And yet there is somehow comfort in knowing that God does not take pleasure in death. Quite the contrary, in fact. He hates it. Because he loves us. And death is awful.

**My Greek knowledge is not mine own. Courtesy of Andreas J. Kostenberger in his book John, part of the Baker Exegetical Commentary on the New Testament series.